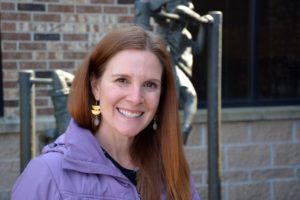 Soon JAMA will publish the results of the Mastectomy Reconstruction Outcomes Consortium (MROC) the first study to measure complication rates and final outcomes across reconstructive surgical options. My hope is that surgeons and patients alike will use this new information to guide their conversations and decision-making processes.

In the rush to reconstruct, it’s women who pay the price.

Eventually, Peg’s complications were so severe that she had to choose — either continue trying to reconstruct or go flat, let her body heal, and achieve her dream of running the Boston Marathon. She chose the marathon and even made a training shirt that said, “Boston Over Boobs.” Go Peg!

Peg’s hometown paper ran this feature as a feel-good story, but what this article does so successfully (and obliviously) is highlight the lack of information women are given prior to reconstructive surgeries and the high costs of reconstruction, not just the dollar amount but the months of healing required at a time when women are in the prime of their lives — when many would rather be following their passions, nurturing their careers, and/or raising their children.

I am not anti-reconstruction. I am pro-choice in every way. But women can’t make good health care decisions if they don’t have good information. Education = empowerment.